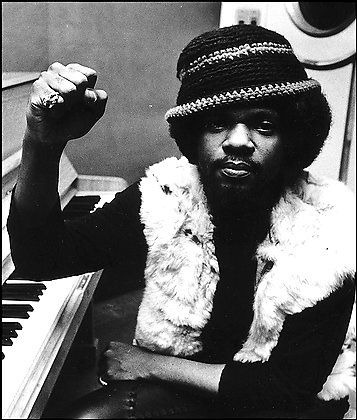 From Wikipedia, the free encyclopedia
http://en.wikipedia.org/wiki/Billy_Preston

William Everett Preston (September 9, 1946 Ã¢â‚¬â€œ June 6, 2006) was an American soul musician from Houston, Texas, raised mostly in Los Angeles, California. He began playing piano while sitting on his mother’s lap at age three. Preston collaborated with some of the greatest names in the music industry, including the Beatles, the Rolling Stones, Little Richard, Ray Charles, George Harrison, Eric Clapton, Bob Dylan, Sam Cooke, Sammy Davis Jr., Sly Stone, Aretha Franklin, the Jackson 5, Quincy Jones, and Red Hot Chili Peppers. One of only two non-Beatles to receive a credit on a Beatles single, he played the electric piano on “Get Back” during the band’s rooftop concert in 1969. He is one of several people sometimes credited as the “Fifth Beatle”.

Death
Preston had battled kidney disease in his later years. Although he received a kidney transplant in 2002, his health continued to deteriorate. He died on June 6, 2006 in Scottsdale, Arizona, of complications of malignant hypertension that resulted in kidney failure and other complications. He had been in a coma since November 21, 2005.

Trivia
Preston was co-writer of the song “You Are So Beautiful” made famous by Joe Cocker.
Miles Davis titled a song “Billy Preston” in his honour.
He was the first artist to enter the UK Singles Chart at number one with his debut playing keys on The Beatles’ “Get Back”.
He appeared as Sgt. Pepper in the film version of the Beatles album and had a cameo appearance in the film “Blues Brothers 2000”.
With Janis Ian, he was the first musical guest on Saturday Night Live.

Solo albums (not including Gospel albums)

Other Sites On The WWW

Posted in Billy Preston and tagged Billy, Preston, The-Singers by HART (1-800-HART) with no comments yet.