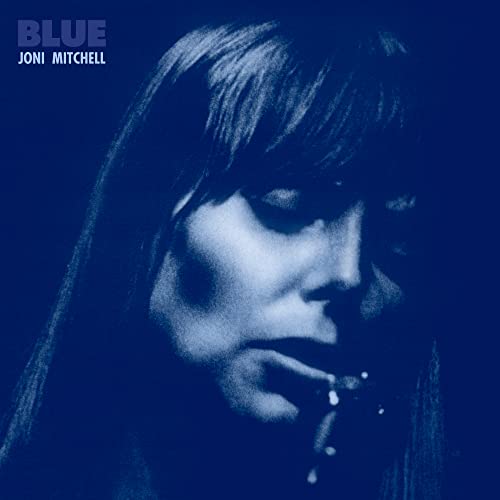 Joni Mitchell, CC (born Roberta Joan Anderson on November 7, 1943, in Fort Macleod, Alberta, Canada), is a musician and painter. Initially working in Toronto and western Canada, she was associated with the burgeoning folk music scene of the mid-1960s in New York City. Through the 1970s she expanded her horizons, predominantly to Pop music and jazz, to become one of the most highly respected singer-songwriters of the late 20th century. Mitchell is also an accomplished artist; she has, through photography or painting, created the artwork for each of her albums, and has described herself as a “painter derailed by circumstance.”

A painter who had also dabbled in piano, guitar and ukulele since childhood, Mitchell took her surname from a brief marriage to folksinger Chuck Mitchell in 1965. She performed frequently in coffee houses and folk clubs and became well known for her unique style of songwriting and her innovative guitar style. Personal and often self-consciously poetic, her songs were strengthened by her extraordinarily wide-ranging voice (with a range in pitch at one time covering over four octaves) and her unique style of guitar playing, which makes extensive use of alternative tunings. She has been a cigarette smoker since the age of nine, which may explain the unique texture to her voice. This has been especially prominent in her later albums. She claims to have fallen in love with smoking directly upon taking her first puffs, stating that other children in her proximity who were also smoking broke out in fits of coughing. She says it felt right to her from the very beginning.

Around the time when she left her home in Saskatoon, Saskatchewan she lost her virginity and became pregnant. Unable to raise a child so young in her life, and with no other alternatives, she was forced to give her daughter up for adoption. This remained a private part of her life during the bulk of her early/progressing career. While playing one night in a New York establishment, a young David Crosby witnessed her perform and was immediately struck by her ability and her draw as an artist. He took her under his wing and, as cited by Crosby himself, when making someone aware who had previously been unaware of Mitchell’s allure, he would simply “roll them a joint”, and ask that they enjoy the experience.


Posted in Joni Mitchell and tagged Joni, Mitchell, Singers, The by HART (1-800-HART) with comments disabled.